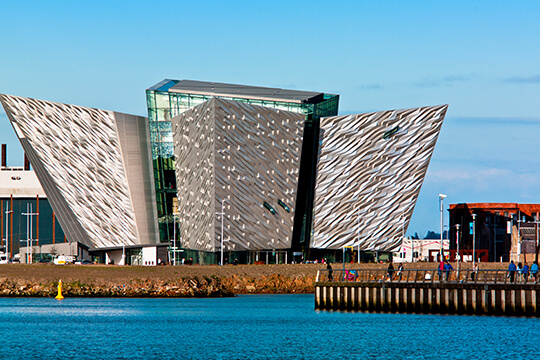 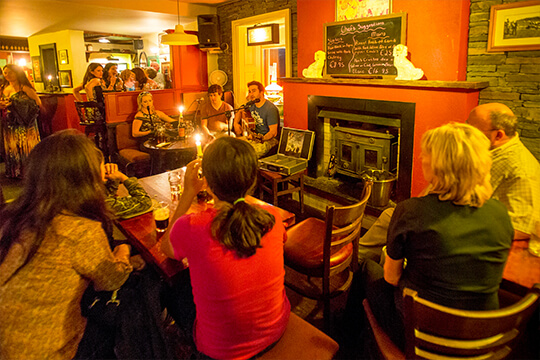 Doolin is small fishing village on a sandy bay world-famous for its wealth of Irish music & has been attracting crowds to spontaneous sessions and festivals. Overlooked by Doonagore Castle, an unusual circular tower within a walled bawn enclosure, which has been restored as a residence. Nearer the sea, Iron Age burial mounds dot the surrounding landscape. 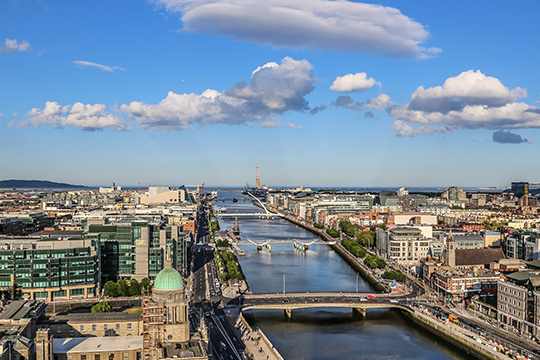 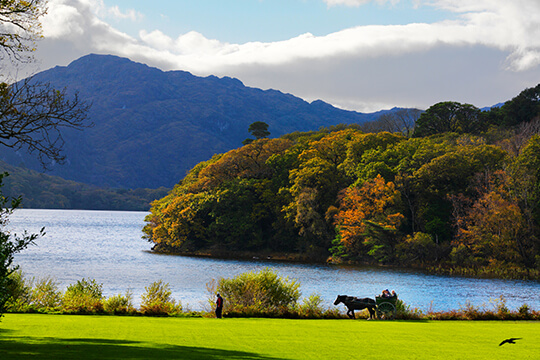 This little town is world-famous due to its exquisite location beside lakes and mountains.Take a horse-drawn jaunting car ride through the grounds of the Killarney National Park to Muckross House and Gardens. Tour the house with a local guide to learn about the history and lifestyles of previous owners and perhaps stroll through the gardens on the shores of Muckross Lake. As well as being a perfect location from which to explore the south western region of Ireland, for centuries the Killarney Valley has been recognised far and wide as Ireland's most beautiful destination - being aptly titled as "Heaven's Reflex". It inspired Poet Laureate Alfred Austin to write - "If mountain, wood and water harmoniously blent, constitute the most perfect and adequate loveliness that nature presents, 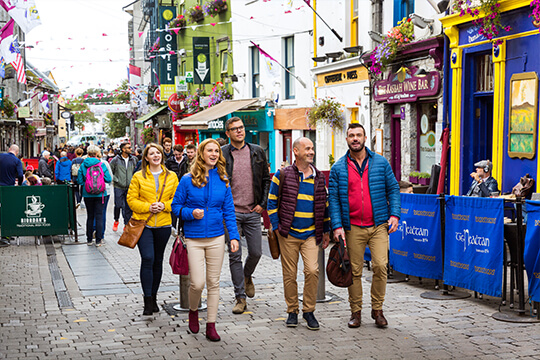 Galway is the only city in the province of Connacht in Ireland. City also has a reputation for being associated with the Irish language, music and dancing. The city also bears the nickname City of the Tribes because “Tribes” (merchant families) led the city in its Hiberno-Norman period. The term Tribes was originally a derogatory phrase from Cromwellian times. The merchants would have seen themselves as English nobility, and hence were loyal to the King. 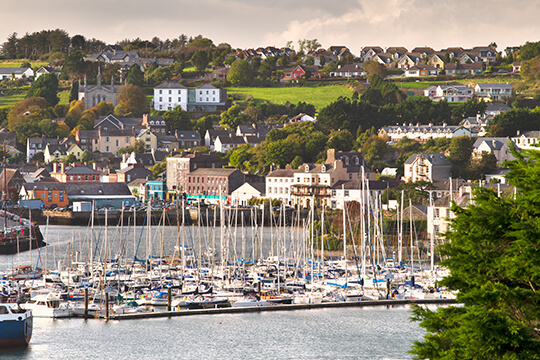 The town of Kinsale is not just about food it's also about traditional bars buildings narrow streets shops, galleries and lots of activities on land and sea. Formerly a fishing and merchant town, today it is popular for sailing and gourmet food. Amongst buildings of later periods are those of another age with historical links to the French, Spanish, British and Americans. 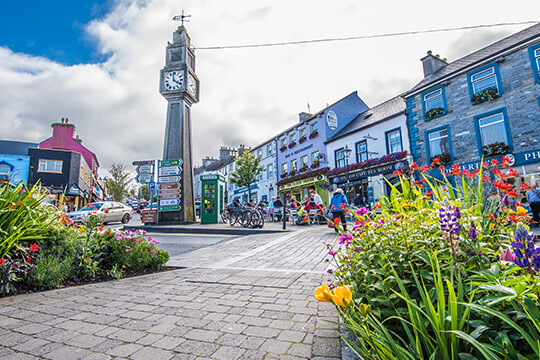 Westport is situated in the shadow of Croagh Patrick. One of the few planned towns in the Country It has become one of Ireland's established tourism centres and a great base for exploring the West of Ireland and Mayo. 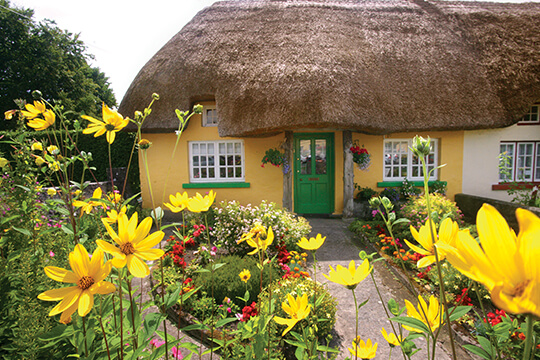 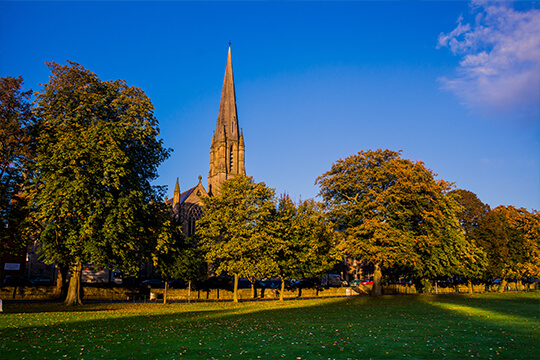 Armagh is a large county town of Co. Armagh in Northern Ireland. It is a site of historical importance for both Celtic paganism and Christianity. 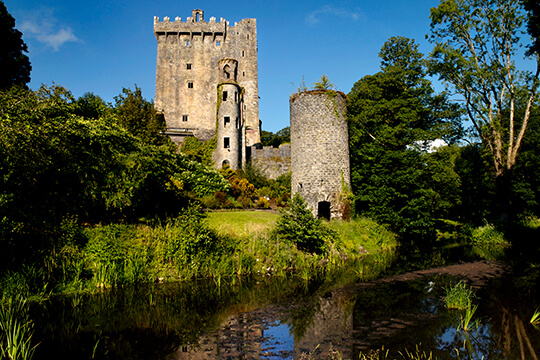 Blarney is a village in south of Ireland, located just 8km of Cork City. Blarney is set in beautiful wooded countryside, steeped in history and magical charm offers the visitor a host of wonderful things to do and places to discover. 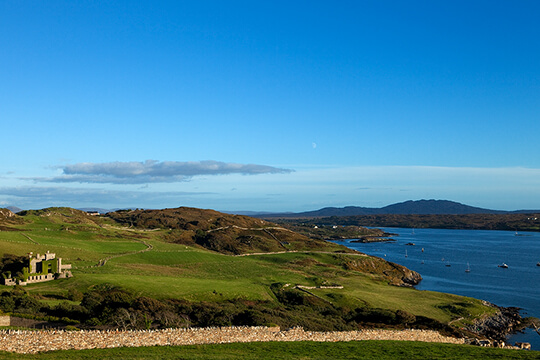 Clifden town is on the coast of County Galway Ireland and being Connemara's largest town It is located on the Owenglin River where it flows into Clifden Bay. 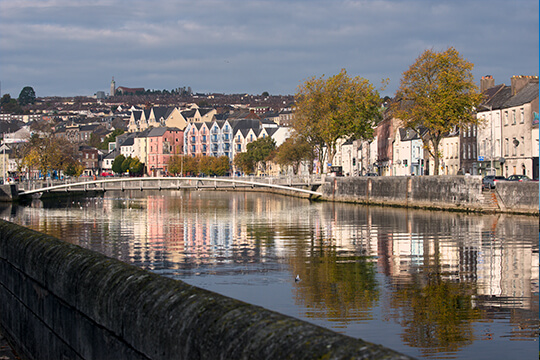 Cork is the second largest city in Ireland. Sophisticated, vibrant and diverse while still retaining its friendliness, relaxed charm and quickfire wit, Cork buzzes with the energy of a city that’s certain of its place in Ireland. 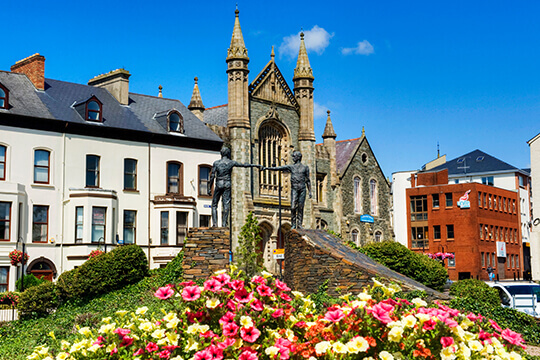 Derry or Londonderry, is a city in Northern Ireland. Derry was the last city in the British Isles to be enclosed with defensive walls. 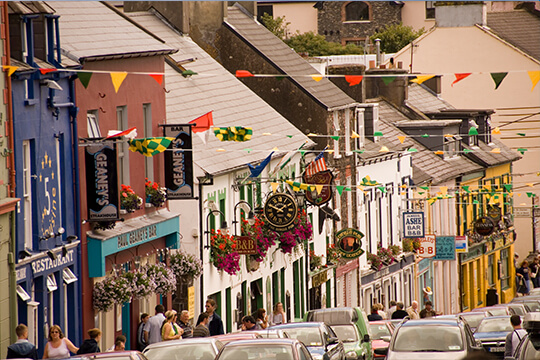 Dingle is a harbour town set on the Dingle Peninsula in South-West of Ireland. The town also is gateway to the Gaeltacht where Gaelic is the first language. This unique town is full of surprises and waiting to be discovered. 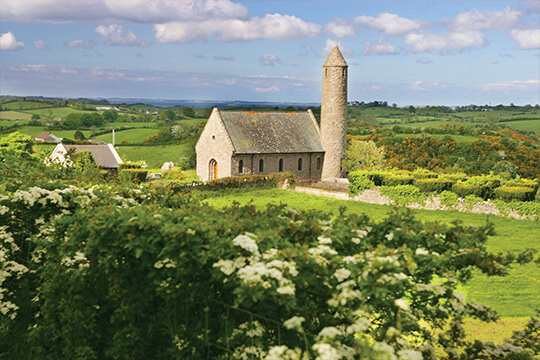 Downpatrick is one of Ireland's most ancient and historic towns. It takes its name from a fort which once stood on the hill that dominates the town and on which Down Cathedral stands. 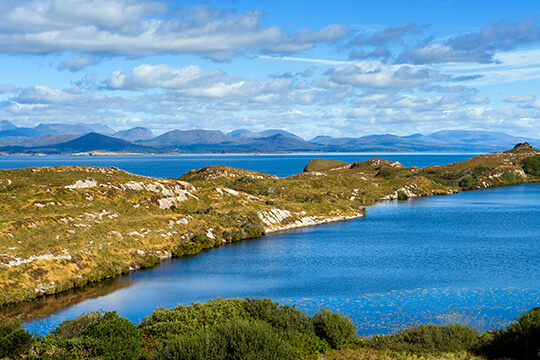 Kenmare is a small town in the south of County Kerry. Kenmare is located at the head of Kenmare Bay sometimes called the Kenmare River. The Irish name for the town 'An Neidín' translates into English as 'The Little Nest'. Kenmare is a popular stop on the famous Ring of Kerry coastal driving route and is also a great starting location for the stunning Beara Peninsula Drive. 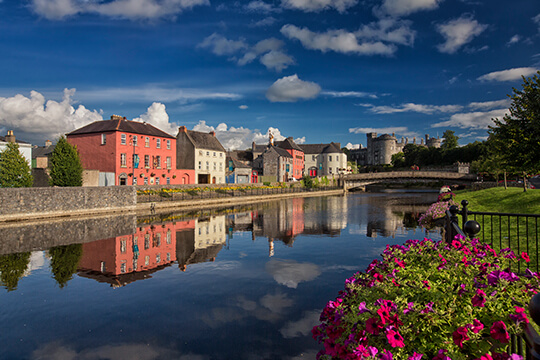 Kilkenny is the county town of County Kilkenny in Ireland. It is situated on both banks of the River Nore, at the centre of County Kilkenny in the province of Leinster in the south-east of Ireland. Kilkenny City is administered by a borough council and has a Mayor. The population of the town and its environs is approximately 25,000. The majority of the population of Kilkenny City live outside the borough boundary. From an ecclesiastical foundation, Kilkenny was the ancient capital of the kingdom of Ossory. The town was established, then a city, in 1609 by royal charter. Kilkenny was the capital of Confederate Ireland between 1642 and 1649. The seat of the Roman Catholic Bishop of Ossory and the Church of Ireland Bishop of Cashel and Ossory are in Kilkenny. Kilkenny is famous for its medieval.. 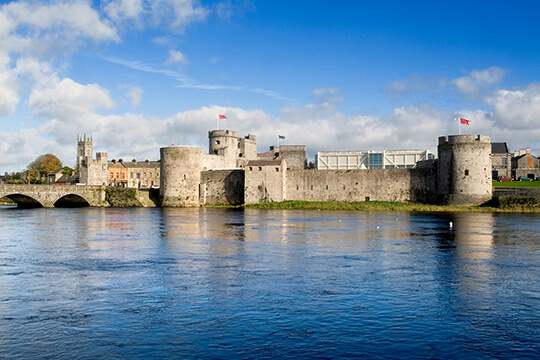 Limerick City is the hub and capital of the Shannon Region and the 3rd largest city in the Ireland. Its colorful & fascinating history is proudly maintained. From the times more than a thousand years ago, when the Vikings first developed it, to the present day, Limerick has been the greatest seaport of the west of Ireland. 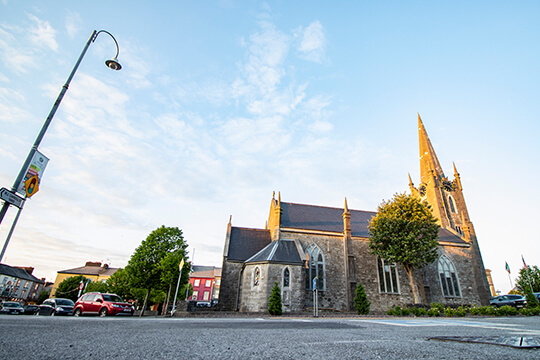 Listowel is based in northern half of the Co. Kerry, the beautiful coastal known for lush green countryside and peaceful meandering rivers. The town is sometimes described as the "Literary Capital of Ireland" and a number of internationally known playwrights and authors have lived there, including Bryan MacMahon and John B. Keane. 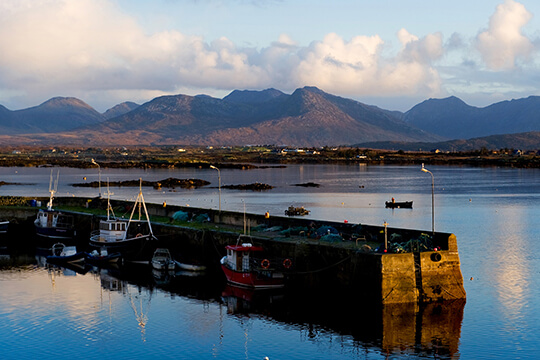 The village of Roundstone is beautifully set on one of the most spectacular coastal drives overlooking the Atlantic at the foot of Errisbeg Mountain. At the northern point of Inishnee, the long island across the bay from Roundstone, stand the remains of an ancient monument to Saint Brendan. From the island’s southern, point, an impressive lighthouse casts its beacon across Croaghnakeela and St. Macdara’s islands out over the Atlantic Ocean. 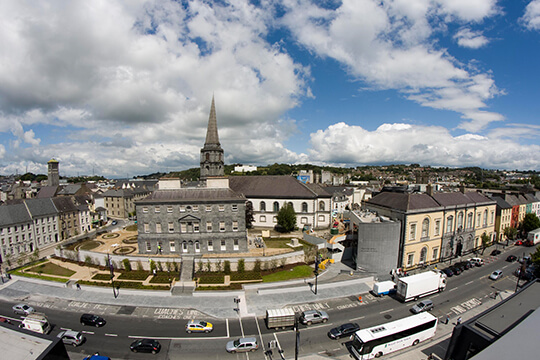 Waterford City is the capital of the Sunny South East of Ireland and Ireland's oldest city. The city hosts a number of festivals during the year including the ever-popular Spraoi. Waterford City was founded by Viking traders in 914 and it has an exciting medieval flavour and riverside bustle. The city has a strong maritime tradition and an estimated 500,000 people enjoyed the colourful spectacle of the 2011 Tall Ships Race and festival of music and culture in the city and along the river Suir Estuary to Dunmore East.