Derry or Londonderry (Irish: Doire or Doire Cholm Chille, meaning Oak wood of Colm Cille), often called the Maiden City, is a city in Northern Ireland. The old walled city of Londonderry lies on the west bank of the River Foyle with the location of old Derry on the east bank, the present city now covers both banks (Cityside to the west and Waterside to the east) and the river is spanned by two bridges.

Derry was the last city in the British Isles to be enclosed with defensive walls, and has the most complete series of city walls in the islands. It is one of the few cities in Europe that never saw these fortifications breached.

Derry is very near the border with County Donegal in Ireland. The city has had a very close relationship with what is now County Donegal for centuries. The person traditionally seen as the 'founder' of the original Derry is St. Columba (also known as Colm Cille or St. Columb), a holy man and royal prince from Tír Chonaill, the old name for almost all of modern County Donegal (of which the west bank of the Foyle was a part before c. 1600). Derry and the nearby town of Letterkenny form the major economic core of northwest Ireland. Derry is one of the oldest continuously inhabited places in Ireland. The earliest historical references date to the 6th century when a monastery was founded there by St. Columba or Colmcille, a famous saint from what is now County Donegal, but for thousands of years before that people had been living in the vicinity.

Before leaving Ireland to spread Christianity elsewhere, Columba founded a monastery in the then Doire Calgach, on the east side of the Foyle. According to oral and documented history, the site was granted to Columba by a local king. The monastery then remained in the hands of the federation of Columban churches who regarded Colmcille as their spiritual mentor. The year 546 is often referred to as the date that the original settlement was founded. However it is accepted that this was an erroneous date assigned by medieval chroniclers. It is accepted that between the 6th century and the 11th century, Derry was known primarily as a monastic settlement.

The town became strategically more significant during the Tudor conquest of Ireland and came under frequent attack, until in 1608 it was destroyed by Cahir O'Doherty, Irish chieftain of Inishowen.

Planters organised by London livery companies through The Honourable The Irish Society arrived in the 1600s as part of the plantation of Ulster, and built the city of Londonderry across the Foyle from the earlier town, with walls to defend it from Irish insurgents who did not welcome the occupation. The aim was to settle Ulster with a population supportive of the Crown.

This Londonderry was the first planned city in Ireland: it was begun in 1613, with the walls being completed 5 years later in 1618. The central diamond within a walled city with four gates was thought to be a good design for defence. The grid pattern chosen was subsequently much copied in the colonies of British North America. The charter initially defined the city as extending three Irish miles (about 6.1 km) from the centre. 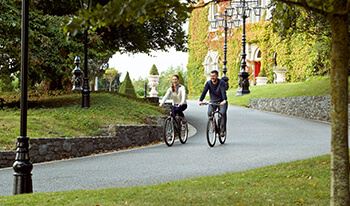 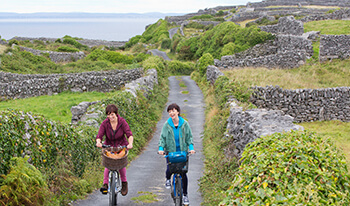 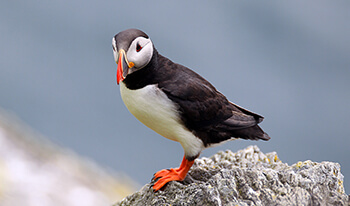