Kensington Palace is the birthplace and childhood home of Queen Victoria and where she found out she would be queen and where she met her future husband Prince Albert. It is now the royal residence of the British Royal family set in the heart of Kensington Gardens in London. It has been the royal residence since the turn of the 17th century and is the official London residence of the Duke and Duchess of Cambridge, their son Prince George of Cambridge and Prince Harry of Wales.

Before her untimely death, Kensington Palace was the official residence of Diana, Princess of Wales from 1981 to 1997. Her body lay in state here on its last night in London before her funeral at Westminster Abbey on the 6th September 1997.

Kensington Palace was previously known as Nottingham House and was built in 1605. King William and Queen Mary II assumed the throne of England in 1689 and began to look for a new more suited Royal Residence. It was in the summer of 1689 they bought Kensington Palace for £20,000 from Daniel Finch a 2nd Earl of Nottingham and Secretary of State. William and Mary then instructed the Surveyor of the King’s Works, Sir Christopher Wren to begin the expansion of the house keeping the original structure intact.  Since this time, Kensington Palace has been the favoured residence of all the royals although the official Royal Residence is still St. James, the official seat of the Court.

Today Kensington Palace has recently reopened after a £12 million renovation project. It is possible to walk around Kensington Gardens and visit the public State Rooms, managed by the Historic Royal Palaces which is a non-profit organisation. The Palace has a fascinating history and well worth a visit while on your vacation to England. 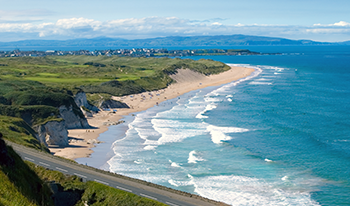