Limerick is located in the Mid-West Region of Ireland and is also part of the province of Munster. Limerick City is the hub and capital of the Shannon Region and the 3rd largest city in the Republic of Ireland.

Its colourful and fascinating history is evident everywhere and proudly maintained. From the times more than a thousand years ago, when the Vikings first developed it, to the present day, Limerick has been the greatest seaport of the west of Ireland. Its magnificent river, the lordly Shannon, has been part of one of Ireland's oldest routes. In early medieval time’s hermits, heroes, soldiers, raiders, students and pilgrims, all travelled along this 'water highway' from the Atlantic Ocean through to the Irish midlands and beyond. Buildings ancient and historical, middle-aged and stately, modern and exciting now mingle with each other on either side of the broad and beautiful river. Although small enough to offer a sense of intimacy, Limerick, with its university, museums, citadel and cathedral is undoubtedly a metropolis. All traces of the Viking had disappeared until archaeologists revealed the foundations of their homesteads and collected some of their domestic goods. More tangible remains of past inhabitants go back 800 years to the building of the King Johns Castle, whose towers still gaze out over a ford on the river, and which remains the dominant feature of King's Island. Nearby is the medieval St. Marys Cathedral. Take a leap of five hundred years to the Treaty Stone, preserved on the opposite bank of the river. Then move to the 18th century with broad streets and splendid Georgian town houses. Finally come into the later decades of the 20th century when crumbling old buildings were sensitively modernised to form delightful urban centres. This decade also saw the great collection of archaeological material and works of art, which were assembled by John Hunt, housed in the renovated Customs House - The Hunt Museum - and the new University of Limerick was built, upstream, also on the banks of the River Shannon. And, of course, a city that contains all this must also provide a generous selection of the best shops, great restaurants, hotels, pubs, theatre and everything else a visitor might wish to enjoy. And that is just what the city offers.

Beyond its bounds, within an hour's drive, are lakes great and small, stone-age homesteads and medieval banquets, castles ruined and restored, a world-class international airport and delightful little harbours. Limerick is in the middle of everything that makes Ireland a haven. 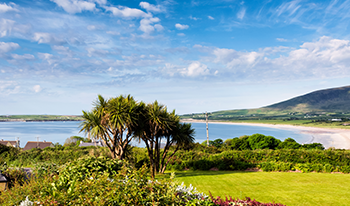 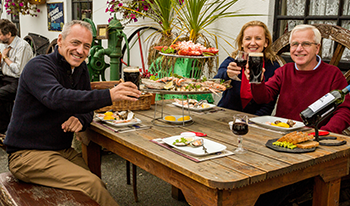 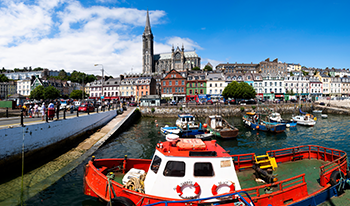